Here she is being presented with her prizes by last year’s winner Brendan O’Brien & John Collins, compere on the night.

Award winners also included Karizma Hairdressers for Friendliest Small Business and Blackwater Motors for Friendliest Large Business. Steve Redmond accepted a special award on the night as Skibbereen’s most Famous Employee while his boss and owner of Skibbereen Tool Hire, Vincent Hurley was awarded Skibbereen’s most Accommodating Employer for allowing Steve so much time off to complete the Ocean’s Seven Challenge over the past three years!

Thank you to everyone who supported the awards, the night was a great success, over 130 attended. A big thank you to all the nominees, their families, supporters & everyone who came along to enjoy the night, you all made it such a great evening. Thank you to John Collins, for making the room laugh all evening, Brian Hennessy’s band who had everyone up dancing and special guest Steve Redmond. 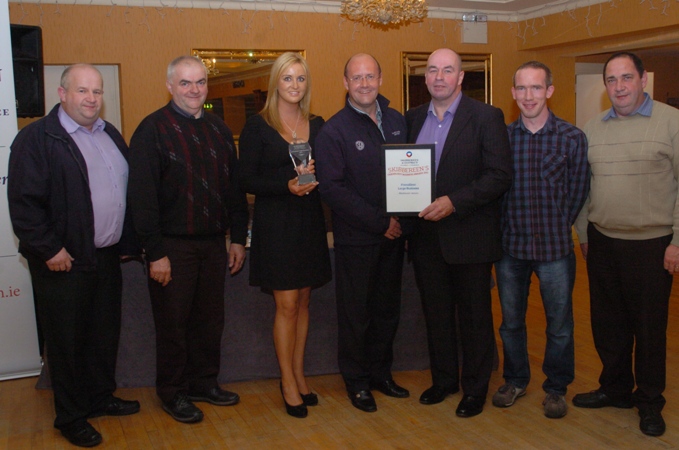 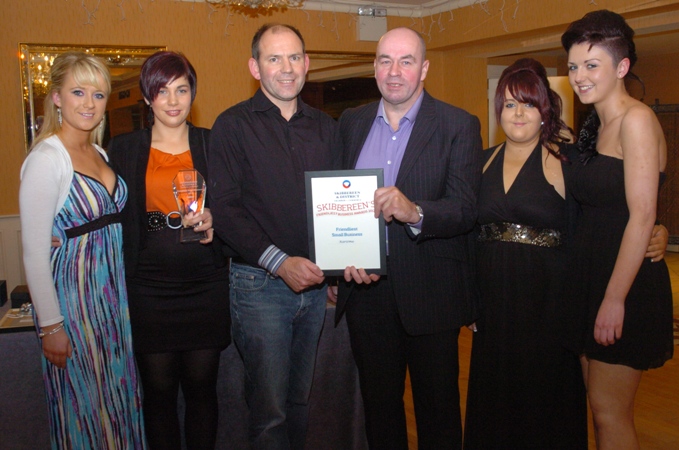 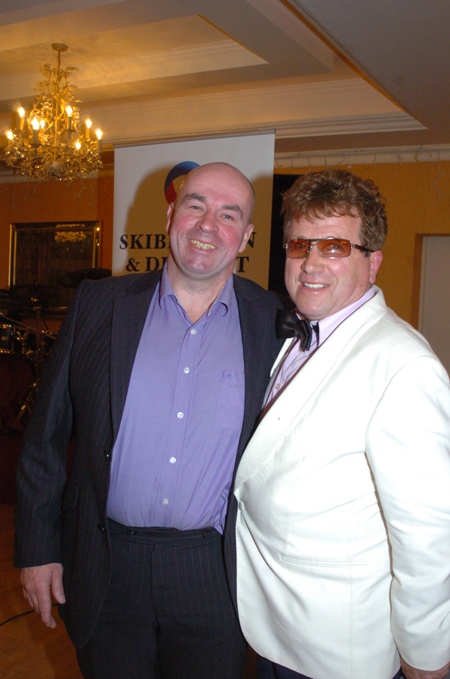